Save Time, Save Money, Save the Hassle
12 Month Warranty

Not sure what’s wrong?

Know what's wrong? Book in the repair you need.

Unsure what's wrong? Have a mechanic identify & fix the problem.

Keep your vehicle safe and in top condition.

Does your Air-Con need recharging? Book with us online.

Buying a used car? Have a mechanic check it for you.

Know what's wrong? Book in the repair you need.

Unsure what's wrong? Have a mechanic identify & fix the problem.

Keep your vehicle safe and in top condition.

Peace of mind that you're covered

Does your Air-Con need recharging? Book with us online.

Buying a used car? Have a mechanic check it for you.

Get your Air Con Repaired or Replaced by a mobile mechanic in London. Get a free quote and book with Mekaniks now!

Has the air conditioning system in your car stopped working? Mekaniks are highly experienced Air Conditioning Specialists, and can repair or service your Air Conditioning System with long lasting results. Whether there is a leak, an issue with the pollen filter or air flow or even problems with your heating system in your vehicle, Mekaniks are your air con experts. If you have any other climate control issues or blower fan problems, Mekaniks will be able to help diagnose the problem efficiently.

Call us now or book online to have one of our Car Air Conditioning Specialists to diagnose and fix the problem at your door. The repairs we offer are:

Inform us of the issue, and we will fix it! It is that simple. To get in touch with a member of the Mekaniks team, please call or fill out our contact form and you will receive a response promptly.

Do I need a new battery?

Battery failures can happen almost without warning. If you would like peace of mind that yours is in good working order book in for a battery and alternator check.

Can Mekaniks fix my car battery?

If you need a new car battery, Mekaniks provides a full car battery replacement service at your door and can dispose of your old one for you. Your car battery is at the heart of your entire car electrical systems, and is the only source of power to get your car started therefore it is vital that you check yours frequently. A flat battery is one of the main reasons for breakdown calls in London, particularly on cold mornings after the summer, and you’ll only find out something is wrong when your car doesn’t start.

If you are at all concerned about the age or charging capability of your car battery, don’t leave it until your car won’t start, call us now and we will send you a mobile mechanic to perform a systematic battery and alternator check.

Is there a DIY way to maintain my car battery?

You can find your car battery location in your owners handbook. Your car battery is usually situated under the bonnet of your car. However, there are some vehicle manufacturers that put the battery under the rear passenger seat or in the boot of the car; generally these positions are more common on large executive vehicle models. Vehicles like Mercedes, Porsche, Rolls Royce and Mitsubishi can sometimes have two batteries, generally where the engine size is large. Car batteries contain sulphuric acid (which is highly corrosive and must not come in contact with your skin or eyes), and therefore you must be very careful when handling them.

Most of currently fitted car batteries are maintenance free and carry a performance indicator, which will tell you in what condition your battery is. You must make sure that the terminal connections are tight and free of debris. Make sure the terminal connections are kept clean to avoid a build-up or dirt and grease and coat the terminal connectors with petroleum jelly to prevent corrosion. Over tightening can result in damage to the battery casing or lead posts and ultimately, premature battery failure. Beware of crossing or connecting the positive and negative terminals as this can result in an electric shock, irreversible damage to the battery cells and, in extreme cases, an explosion.

How does my car battery work?

When you turn the key to start your car, the battery supplies power to the starter motor, this turns the engine over. Simultaneously power from the battery is supplied to the spark plugs in order to ignite the fuel and air mixture that has been compressed in the engine combustion cylinders. The battery power used during the starting up process is then replaced by the alternator, which supplies the bulk of electrical current to your car’s electrical systems, keeping your battery fully charged.

The battery strength or cranking amps is usually affected by the quantity of work it does and the conditions in which it has to work. What’s more, the increase of in-car technology such as air conditioning, digital music players, satellite navigation systems and other electronic gadgetry are placing greater strain on your car’s battery. All of these increase the demand on your car’s battery and charging system which can lead to early battery breakdown. As a result more recurrent checks are suggested so that your car battery maintains its best possible working level.

Will the Mobile Mechanic know which battery I need? Will he have it in stock?

We hold the majority of car batteries in stock, however if the battery you need is out of stock we can have it the same day.

How long should my battery last?<br />

Battery life is often difficult to calculate as it is dependent on usage. For added peace of mind all our batteries come with a 12 months guarantee, so in the implausible case of battery failure we will replace it.

How much does a battery cost?

Battery costs are dependent on your car’s specifications. Our prices start from just £90 (including fitting) and our mobile mechanics will always provide you with a quote before hand.

What our customers are saying

Professional, reliable, friendly, excellent service from these guys – I was looking for someone I could trust to service, MOT and replace brakes on my BMW and Adam and the team were great – I will use again – thank you!
Ruth Lawson

They where available at any time for a phone call and almost instantly showed at my door step and before I knew it I was back home from work and my car was ready on my drive and keys left through my door. With quick n easy payment on the phone.
Avi Nissim

Brilliant service! Adam came out & fixed my problem with no issues, no hidden costs & very very competitive prices. Its great to have a mechanic you can trust, this was my first time using Mekaniks but I will definitely be using them for all future needs. Thank you again!!!
Chloe Cahill

You’ll get a quote in minutes, just tell us when you want us to fix your car at your location
. 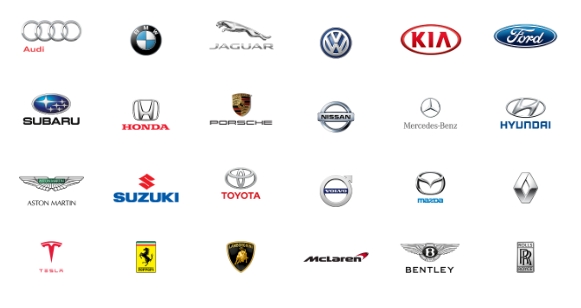 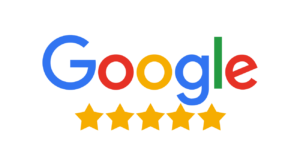 Don't Leave!
Get a call back

How can we help?